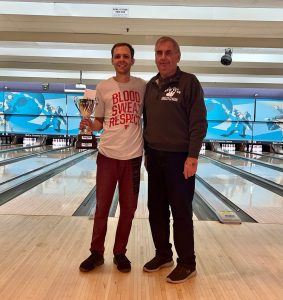 If they didn’t know him before, they certainly do now.

Relatively unknown Long Islander Pierce Field emerged victorious among a litany of impressive names and past champions at Jim Elliott’s 46th New Year Singles Classic held at Rab’s Country Lanes on Saturday afternoon. The 24-year-old Shirley, N.Y., native knocked off defending 2020 champion Steve Soss, outscoring him 247-193 in the final. The event did not take place in 2021 due to the pandemic.

Field had never previously bowled on Staten Island, but earned an opening-round bye after tossing a 760 series in qualifying. He faced his stiffest challenge in round two, when he narrowly defeated Rob Butler, 266 to 244, and followed with a win over Scott Walsh, 269 to 213, before toppling Sean McAuliffe, 255 to 173, in the semifinals. 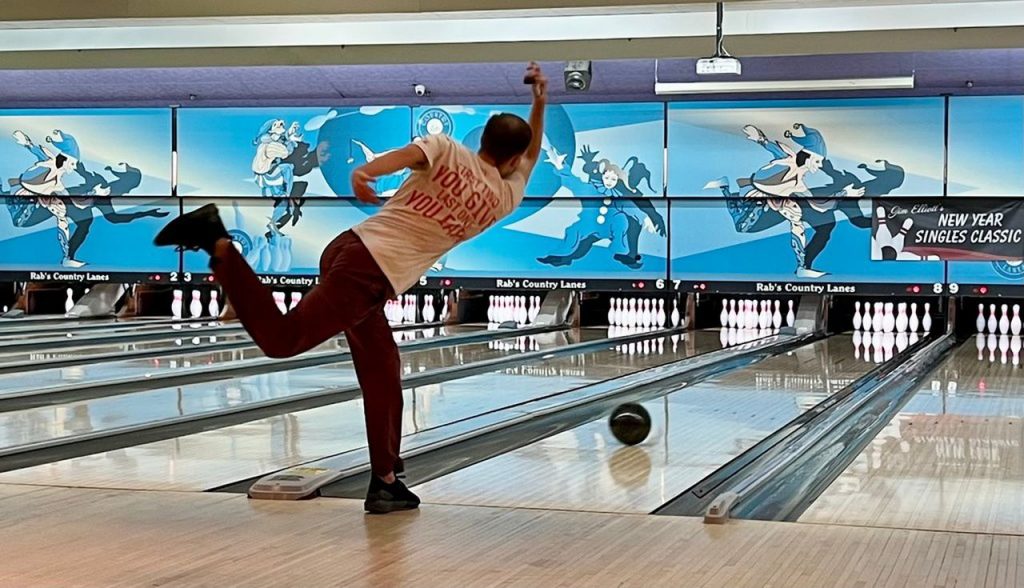 On the other side of the bracket, Soss, who also earned a bye, kicked off his day with an impressive win over John Drabczk, 290 to 210. He proceeded to upend a pair of former champions — defeating Jeff Scire, 255 to 224, before taking down Tim McAuliffe in a semifinal rolloff, which was a rematch of the 2020 final. The pair mirrored one another with matching games of 224, but after McAuliffe spared and then struck out on the final frame, Soss answered the bell and delivered four consecutive strikes to gain the final.

Don Dunleavy and Mickey Endress were among the other final eight finishers in the 24-man field.

Field noted that he only competed because fellow Long Islander and former champion Dan Brezo mentioned the event to him.

“Well, can I come?” Field remembers asking his friend — and the rest is history.

“I respect everyone here,” added Field. “I had a couple of bowling balls that were working well, it was a little tighter in qualifying and match play was a little more forgiving. I was able to play where I’m comfortable in my zone and pretty much used one ball the entire time.”

As emphatic as his violent delivery and powerful fastball are, Field’s demeanor is as relaxed as can be. Despite being one of the youngest competitors in the field, he rarely showed emotion or allowed himself to get too high or too low. The results were evidenced by his dominant performance in the finale.

“Just don’t let up,” Field told himself. “I know what [Soss] is capable of and he could put a string together at any point. I just stayed focused and keep on driving no matter what happens.

“The tournament is nicely ran and well-organized. ” he added, nothing that a return next year is probable.

On the other side, Soss had to wait two years to defend his crown, but was pleased with his performance in reaching the final.

“It felt good, it really did, especially to make it all the way to the last match and try to go back-to-back,” said the native of Bayonne, who struggled with the left lane in the finale on Saturday. “[Field] is good, he was just striking. I could’ve struck with him, just one bad lane.”

Tournament director Jim Elliott noted the return to action after the two-year layoff was a rousing success.

“We had a lot of bowlers and they bowled very well,” said Elliott. “People were very happy about the finals, there was a lot of good bowling and people enjoyed it. I’m looking forward to next year.”

*Butler, Walsh, and Sean McAuliffe received additional $25 bonuses for having been defeated by the eventual champion prior to the final.