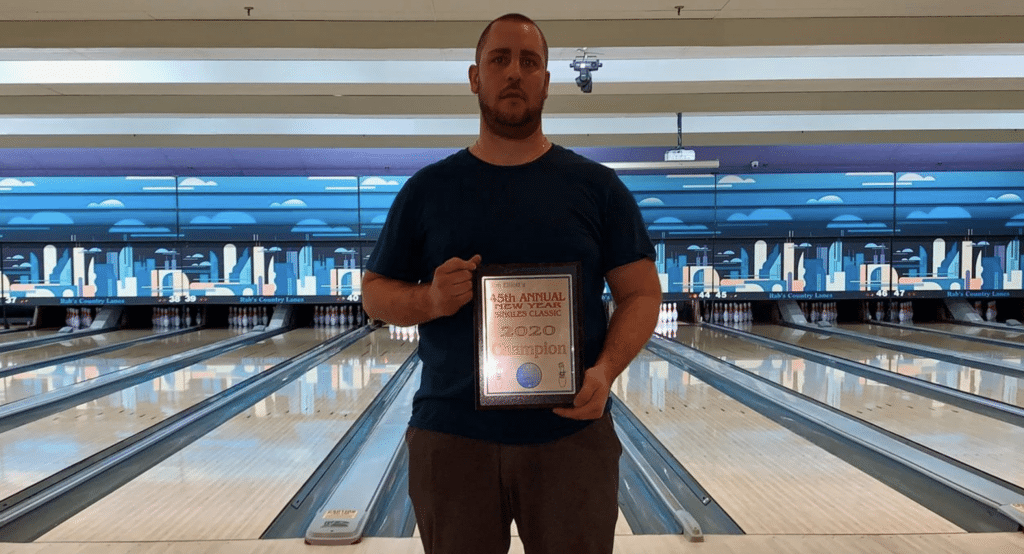 Bayonne resident Steve Soss claimed his first title at the 45th Annual New Year Singles Classic at Rab’s Country Lanes on Saturday — but even he couldn’t believe it.

An epic finals match between the 30-year-old Soss and Tim McAuliffe Jr. left the crowd buzzing with every toss — but no one in attendance was prepared for how the 10th and final frame would shake out.

Trailing by just two pins, 208-206, through nine frames — Soss promptly stepped up and struck out on the final frame, leaving McAuliffe with the daunting task of matching the effort.

With 246 pins, Soss held the advantage but was forced to look on as McAuliffe immediately answered with a pair of strikes in his final frame before unceremoniously gutter-balling his final attempt, cementing Soss’ triumph, 246-238.

“I screamed, the relief of knowing that I won,” said Soss, as he watched the ball find the gutter. “I shouldn’t have won, there’s no words…I’m happy.”

Ironically, the epic matchup was a rematch of the 2014 final — which McAuliffe won.

“I was thinking here we go again,” said Soss after McAuliffe gained the advantage heading into the final frame.

The southpaw admits he didn’t fire his best games on Saturday, but he made big shots when it mattered most.

“Just made clean shots, can’t say I threw the ball great today,” admitted Soss. “But the shots that I made, I was able to finesse some.

“It feels good to be a part of it, at least now I get my name announced every year,” joked Soss. “Just keep bowling and trying to bowl good.”

As for McAuliffe, who fired a 298 in his first game on Saturday, the result is tough to swallow.

“After the second or third frame I thought it would take 260 to win, I knew I might need every strike to win,” explained McAuliffe. “He gave me another chance…I just shot it a little right.

“It was a great match, the last time was close too, it was basically identical except for the result,” he added.

Nevertheless, the outcome is bittersweet.

“I was pretty lined up, stayed relaxed, made consistent shots, Steve’s a great bowler,” added McAuliffe. “It’s tough to get to the final, it’s too bad to let that one go.”

The final was preceded by an equally exciting semifinal, in which McAuliffe downed Joey Weisenstein, who also fired a 298 in his first game of the day, 249-237.