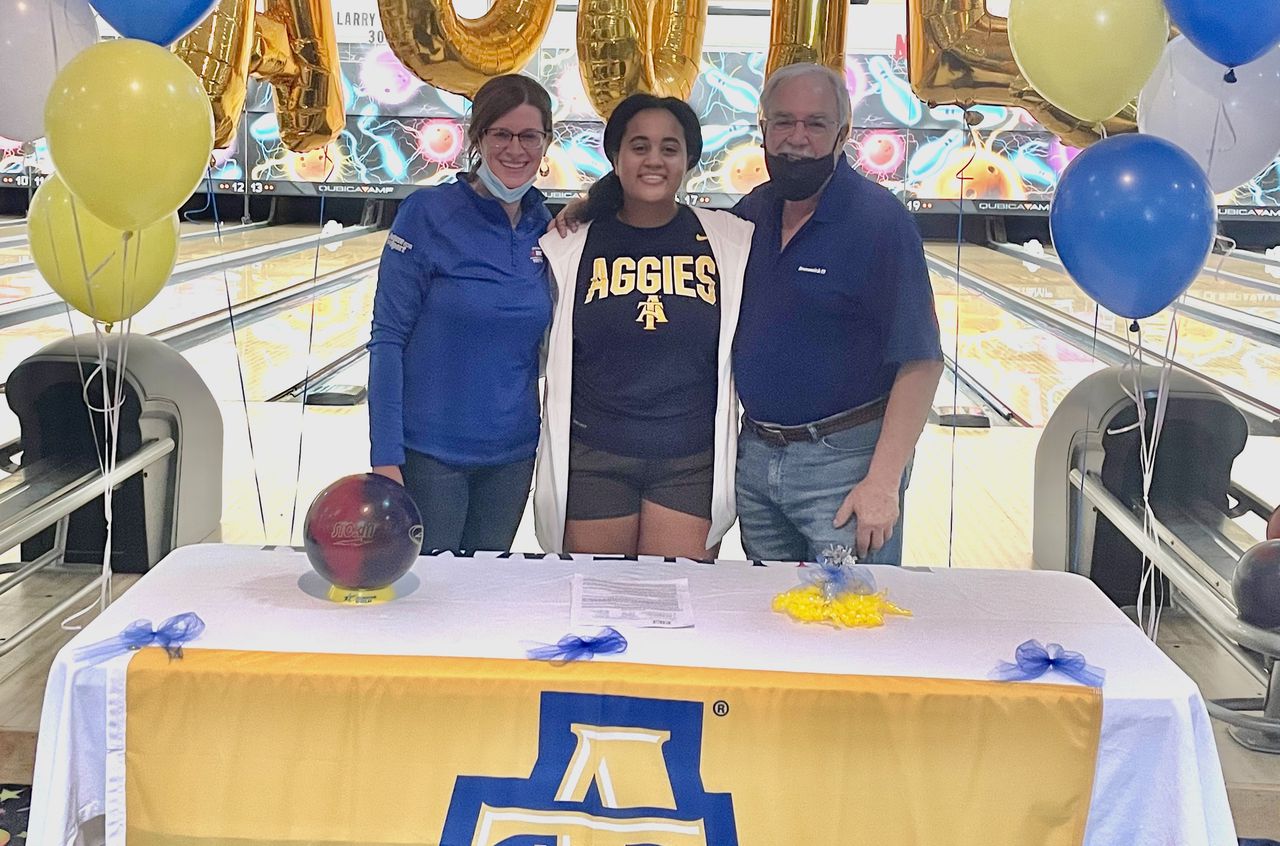 It’s July, which means the 2020-21 school year is finally in the rearview mirror.

And some local student-athletes are not only planning to play on the collegiate level beginning in the fall, but will be leaving for their new homes pretty soon.

In the meantime, the Advance/SILive.com will once again share the good news with our readers.

And to boot, College Signings 19 includes various sports. In fact, we’ve got four different sports in this edition, including one on the Division 1 level.

We also have a number of past commitments in recent months at the bottom, including the previous 18 College Signings.

Give another look at them as well, if you wish.

The 17-year-old Avilez picked up the game after hitting Rab’s Country Lanes with her grandfather (Dr. Robert Taglianetti, DDS) as a youngster and she’s compiled a pretty impressive resume that led to earning the scholarship to the Division 1 school from Greensboro, N.C.

In fact, she competed on New Dorp’s team for two seasons before missing her senior campaign because of the pandemic. However, she currently competes in two different leagues, including the Parker Bohn III/Johnny Petraglia Scholarship League on Friday nights at Howell (N.J.) Lanes and Rab’s Junior Classic on Saturday mornings. She owns averages of 208 and 214.13, respectively, in the leagues.

Avilez is also the owner of four career 300 games.

Her connection to N.C. A&T came through Leslie Bohn, her personal coach and the wife of Parker Bohn. Leslie Bohn is best friends with the Aggies’ bowling coach and USBC Hall of Famer Kim Terrell-Kearney and that relationship helped get the ball rolling for Avilez.

“(Terrell-Kearney and I) initially exchanged emails and did a Zoom chat and last February, I visited the school,’’ said Avilez. “It took me a few months to make a decision, but ultimately I loved the school when I made the visit and decided it was the best place for me.’’

The right-handed Avilez said Terrell-Kearney was impressed with her power game.

“She definitely likes the way I throw it hard,’’ said the Concord resident. “I have more revs than most girls and it gives me more versatility than other styles of bowling.

“I also think (Terrell-Kearney and her husband, Eric), who is an assistant coach, are the nicest people. I believe they can build my game and support me to become the best bowler I can be.’’