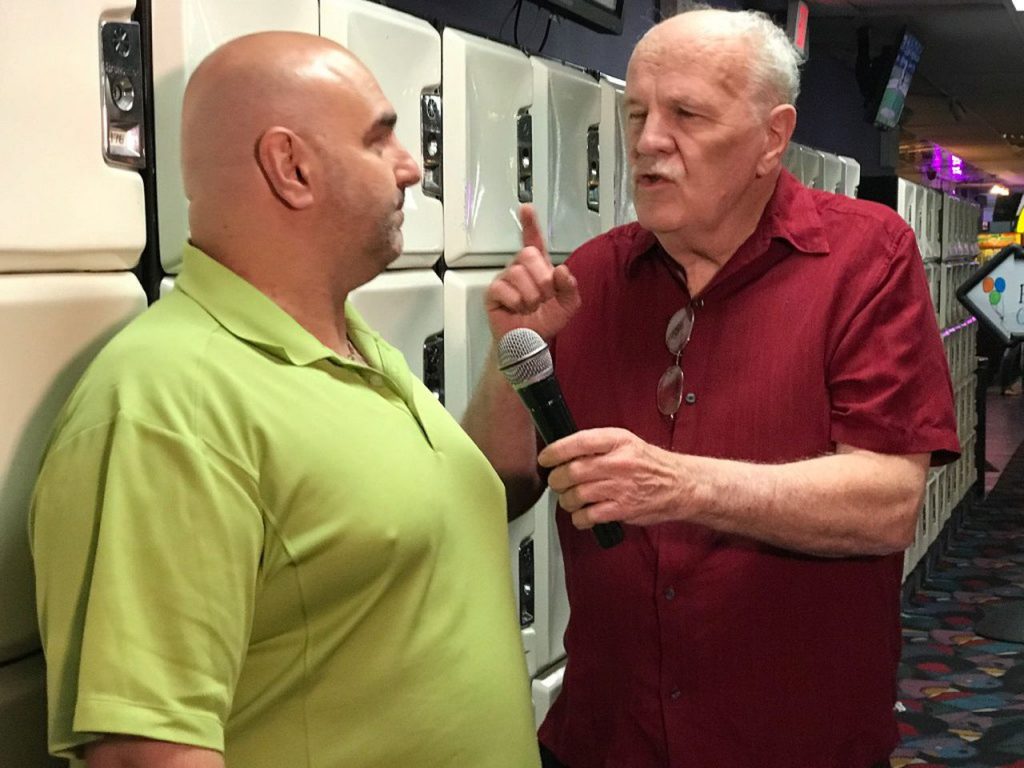 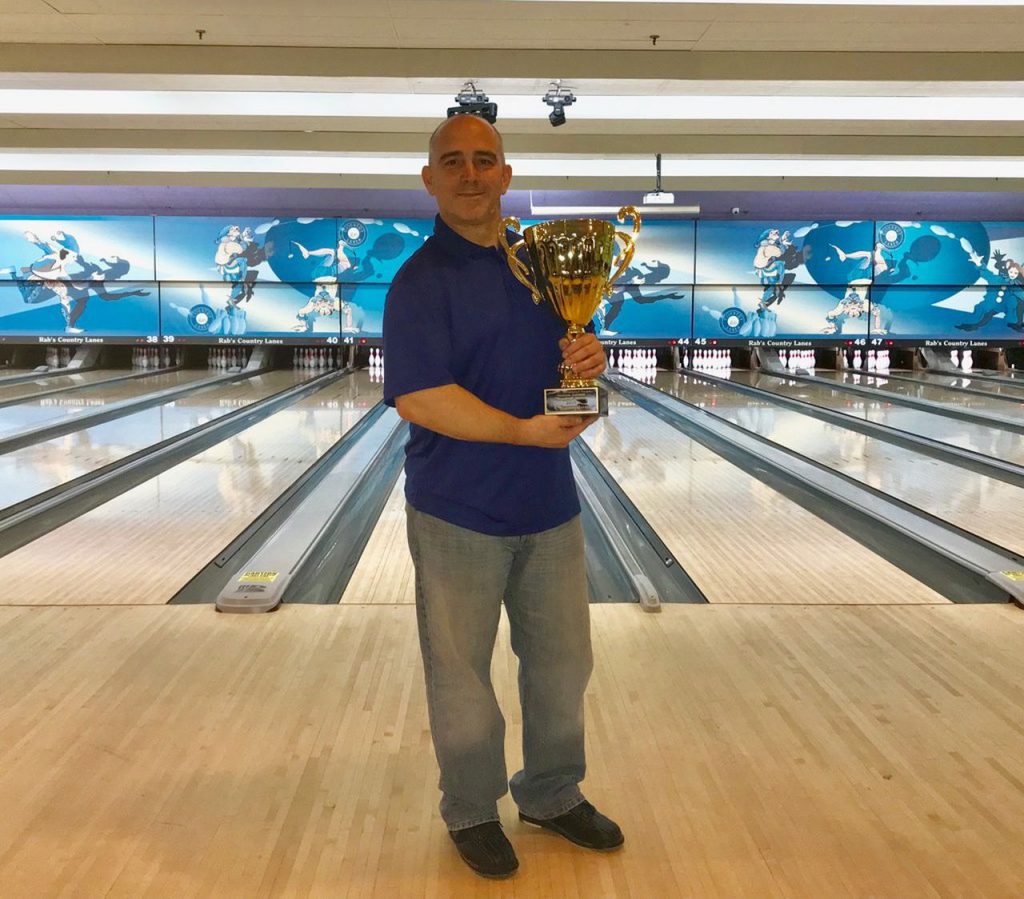 At age 47, Staten Island kegler Jeff Scire is certainly not an old man, but what he’s accomplished on the lanes the last month or so one would think he was 25 years old again.

Need proof? He’s currently riding a streak of three 800 series in the Monday Night Draft League at Rab’s Country Lanes, a loop which consists of the area’s top keglers.

Scire’s thundering bowling has produced area-code series of 815, 807 and 809, respectively, since March 1.

“I do not recall a time where a bowler has achieved such a feat,” said Country proprietor Frank Wilkinson, who also competes in the loop. “Maybe (Vin) D’Ambrosio in a season where he averaged 250 for 77 games.

“In the 09-10 season, Derek Gilbert was on quite a streak, finishing the season with a 241 average in the Scratch League. That season he had four 800-plus series and five 300 games across the several leagues he bowled in.

But Scire’s current bowling could be better.

In all, Scire, the author of 117 career perfect games, has rolled five 800 series in this third of the prestigious Draft League season, which is broken down into three, 12-week seasons. That’s five 800s in seven weeks, including three straight. He has rolled a total of seven 800s the entire Draft League season.

And Scire has no idea why he is bowling so well.

After Monday night’s performance, the righty is averaging 245 over 57 games this season, according to Wilkinson. In the 57 games, he has rolled one 300 and flirted with perfectos three other times, twice rolling a 299 and a 296.

“To put this into perspective, the United States Bowling Congress’ men’s national high average for the 2019-2020 season was Charles Easton of Sylvania, Ohio, who posted a 256.5 average for 84 games,” noted Wilkinson, the former president of the USBC. “Jeff’s highest season average is 248 for 99 games in the 17-18 season.”

Two of his latest three 800s came against his good friend and rival, Sean McAuliffe, who was practically raised on Victory Lanes, the now-defunct Island center his family owned.

“It’s very impressive to watch him not only compete and dominate over the years but continue to get better,” said McAuliffe. “He’s the king of Country Lanes for sure. But three 800s in a row in (this) league is crazy and he can definitely go for four or more.

“I remember Jimmy Terlizzi shooting three 800s in a row years ago and that was unheard of. Jeff is currently averaging 245 and I’m having a great year as well averaging 243, just trying to keep up with him.

“We’re both very competitive so it’s gonna be fun to see how we finish out the year. The Draft League is the best league around right now with bowlers like Dan Dunleavy, my brother Timmy, but a lot of the big names on the Island haven’t made the jump yet to join the league. I guess they don’t think they can keep up with us.”

Wilkinson called Scire a fierce competitor with loads of determination.

“There seems to be no slowing down for him,” said Wilkinson, the son of the late Rab Wilkinson, one of the Island’s all-time great keglers. “He’s been bowling as if he’s on a mission, and that mission with no doubt is striking, a lot.”

Scire knows he’s doing something good when he gets complimented by his older brother, Dennis, a former Islander, who bowls in the Draft League as well.

“He never has anything good to say about what I do,” said Jeff with a laugh. “But he can’t believe how I am bowling right now.”

As for this coming Monday night, Scire is hoping to knock over 800 or more pins for a fourth straight time.

“It’s all about the first game,” said Scire. “If you can get off to a strong start and then all of a sudden you have a chance. And then if you bowl a good second game, you start doing the math.” 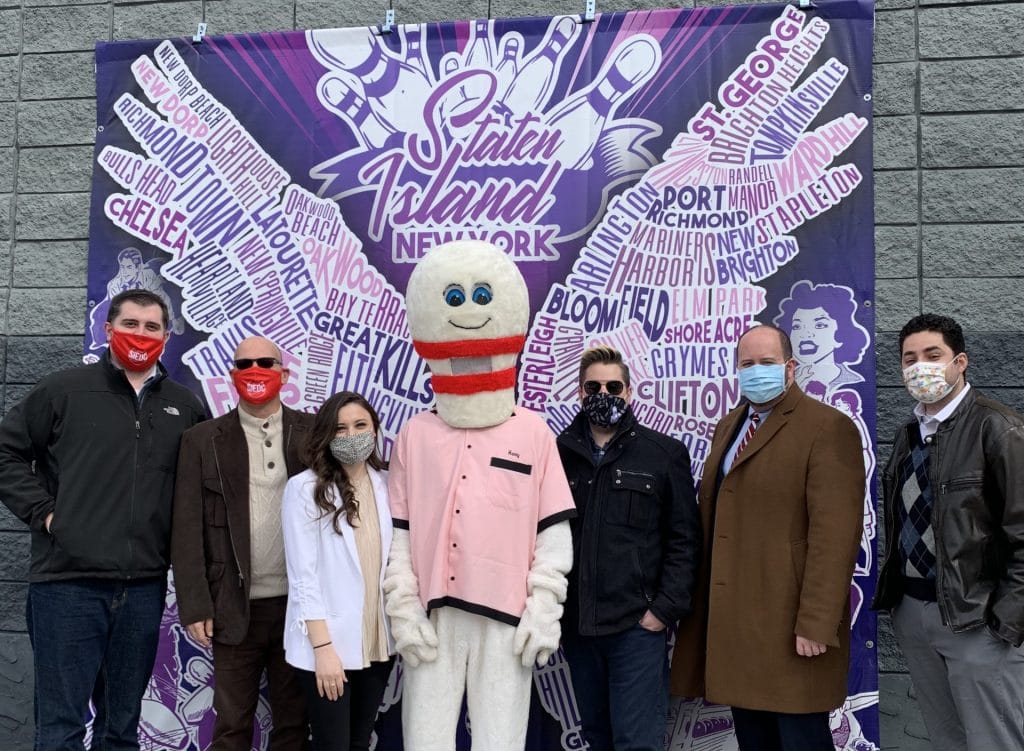 Located at Rab’s 1600 Hylan Blvd. address, the installation is a colorful 10’.5”x10’ mural that features a pair of wings encompassing the names of Staten Island neighborhoods. Borough residents and visitors are encouraged to visit the installation, take photos and upload them to social media tagging @SIEDC.

“We are thrilled to provide the community with a creative way to celebrate Staten Island,” said Cesar J. Claro, President and CEO of the SIEDC. “Rab’s Country Lanes is the perfect location for our latest art display. Passersby – including bowlers – can stop for a quick photo opp to show some love and support for their hometown.”

Public art is just one way the SIEDC works to improve neighborhood charm and build community throughout the borough. Through Business Improvement Districts and Merchant Associations, the SIEDC advocates for much-needed services including private maintenance and security, signage and way-finding information, and beautification initiatives such as holiday lights, new trash receptacles and more.

About the SIEDC
The SIEDC’s mission is to enhance a thriving Staten Island economy by promoting public and private investment, and encouraging the development of commercial and industrial property and projects in an environmentally friendly manner, all of which improve the quality of life and provide broad and diverse employment opportunities.

We will have available lanes all afternoon until closing at 5:30 PM.  Follow us on twitter and facebook for the most current updates and changes to our schedule/hours of operation, @bowlatrabs.com. 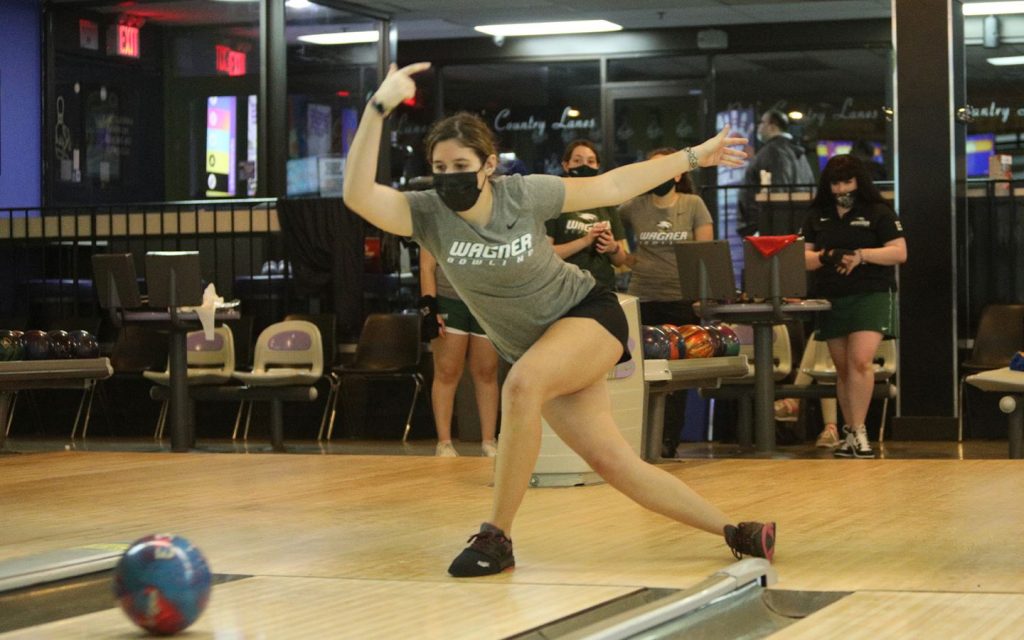 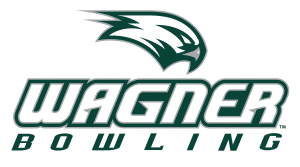 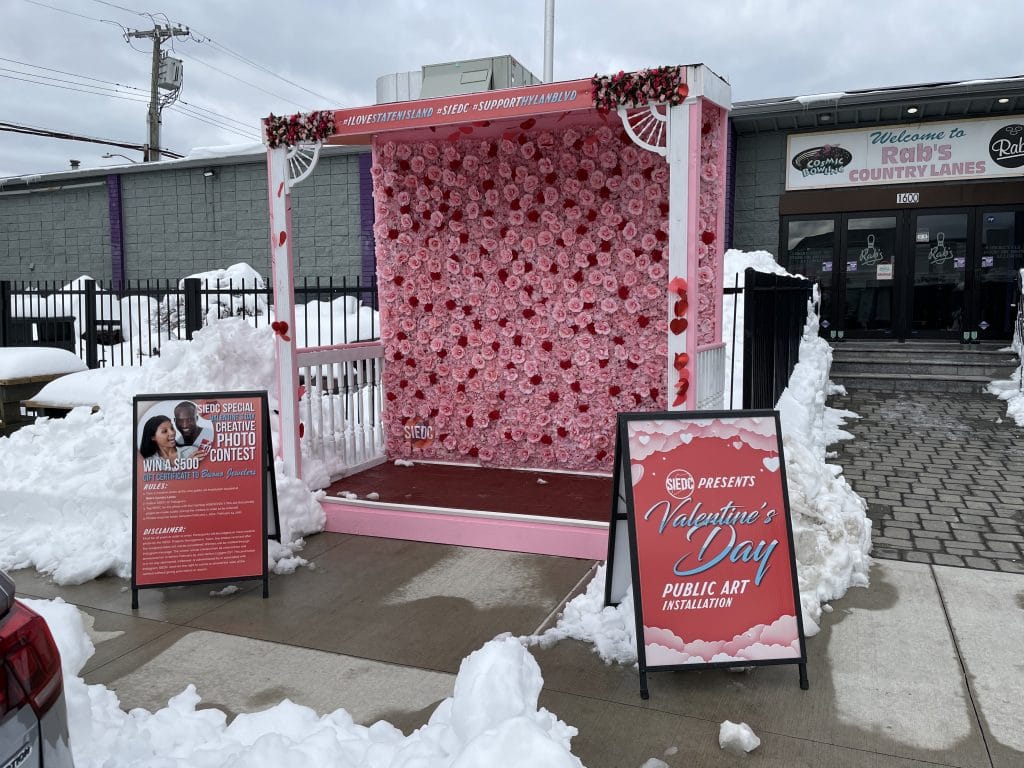 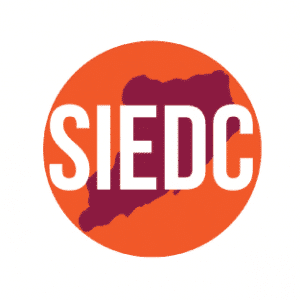 The Valentine’s-themed, 4’x6’x8′ natural wood booth was hand-crafted by Steve Korkowski, President and CEO of Sweetbrook Nursery & Garden Center. Located outside Rab’s Country Lanes, 1600 Hylan Blvd., the colorful red and pink booth is covered on top and has side panels to provide protection from the elements. It is free to use and open to the public for photos from February 1 to 14.

No significant other? No problem! Staten Islanders can take a photo alone, with a friend, family member or even a pet. All that’s needed is a smartphone and love for Staten Island.

“Our Valentine’s Day Photo Booth is a wonderful opportunity for people to enjoy a safe outdoor experience,” said Cesar J. Claro, President and CEO of the SIEDC. “Together with our partners Council Member Steven Matteo, Sweetbrook Nursery & Garden Center and Rab’s Country Lanes, we are thrilled to provide the community with a creative way to celebrate the season of love. Our hope is that Staten Islanders stop by the booth for a fun photo opp as they explore the many stores and dining spots located nearby.”

As part of the unveiling, the SIEDC announced a photo contest that gives Staten Island shutterbugs a chance to win a $500 gift card for Buono Jewelers. To participate, participants must take a creative photo inside the booth and upload it to Instagram or Facebook, tagging @SIEDC and using #SIEDCVDAY. The SIEDC will pick the winning photo based on creativity and flair, so participants are encouraged to dress to impress and let their personalities shine through.* 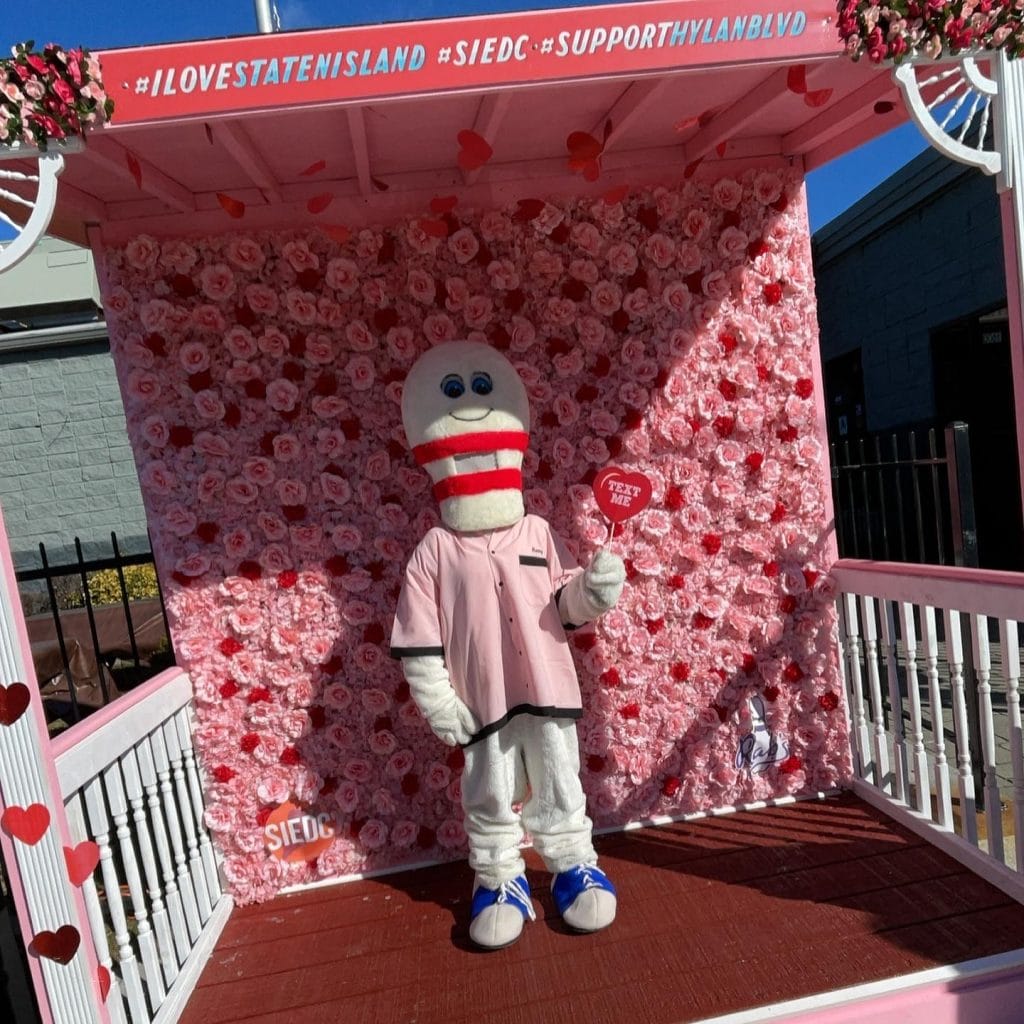 Public art is just one way the SIEDC works to improve neighborhood charm and build community throughout the borough. Through Business Improvement Districts and Merchant Associations, the SIEDC advocates for much-needed services including private maintenance and security, signage and way-finding information, and beautification initiatives such as holiday lights, new trash receptacles and much more.

Must be 18 years or older to enter. Participants will be judged on most creative photo by the SIEDC Projects Management Team. Any photos received after the assigned dates will not be considered. Winners will be notified through Instagram message. The winner will be chosen at random from all valid entries and announced on or before February 15, 2021 before 11:59pm EST. This promotion is in no way sponsored, endorsed, or administered by or associated with Instagram. SIEDC reserves the right to cancel or amend the rules of the contest without giving prior notice or reason.

Since 1993, the Staten Island Economic Development Corporation (SIEDC) has served as the lead advocate for economic development on Staten Island. As a 501(c)(3) non-profit organization, SIEDC’s mission is to enhance Staten Island’s economy by promoting public and private investment, and encouraging responsible and sustainable development, all of which improve the quality of life and provide broad and diverse employment opportunities in the borough.

SIEDC has been responsible for over $550 million in new investment, the creation of over 3,500 jobs and the development of over 1,000 acres of vacant industrial land by providing assistance to developers and companies implementing projects in the borough, while at the same time serving the smallest entrepreneur and small business owner with tailored financing, procurement, and real estate assistance.

Effective November 13, 2020, as per the Office of the NYS Governor, any State Liquor Authority-licensed establishment, including Bowling Alleys, will be required to close from 10 p.m. to 5 a.m. daily through at least February 26, 2021.

This restriction continues to impact regular business of Rab’s Country Lanes in many different ways.  The below league schedule has been updated as of January 17, 2021.

League Schedule may change.  Please review your league standings for the latest details.

Any changes to the schedule due to weather will be updated here and our social media channels.

Times listed only if different than regularly scheduled time.

Due to the expected Winter Storm, we will be closed on Monday February 1, 2021 and will re-open on Tuesday February 2 at 12:00 Noon.

Effective November 13, 2020, as per the Office of the NYS Governor, any State Liquor Authority-licensed establishment, including Bowling Alleys, will be required to close from 10 p.m. to 5 a.m. daily through at least February 6, 2021.

This restriction continues to impact regular business of Rab’s Country Lanes in many different ways.  The below league schedule has been updated as of January 17, 2021.

League Schedule may change.  Please review your league standings for the latest details.

Times listed only if different than regularly scheduled time.