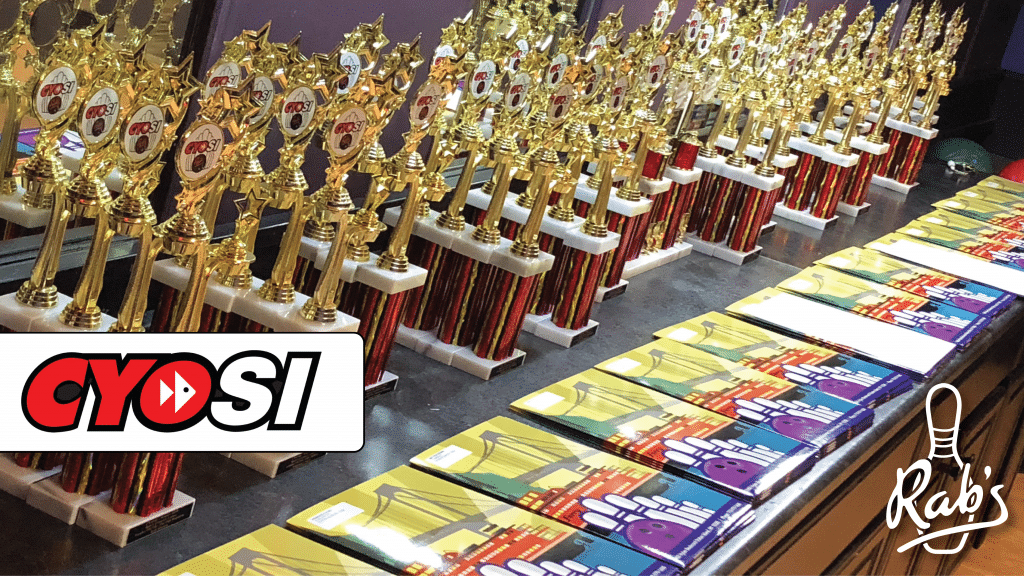 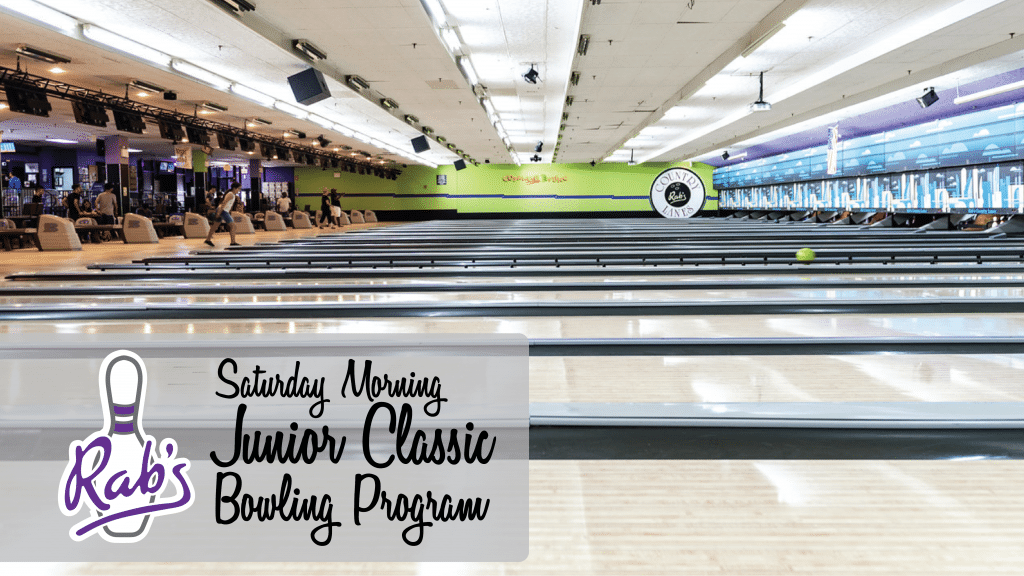 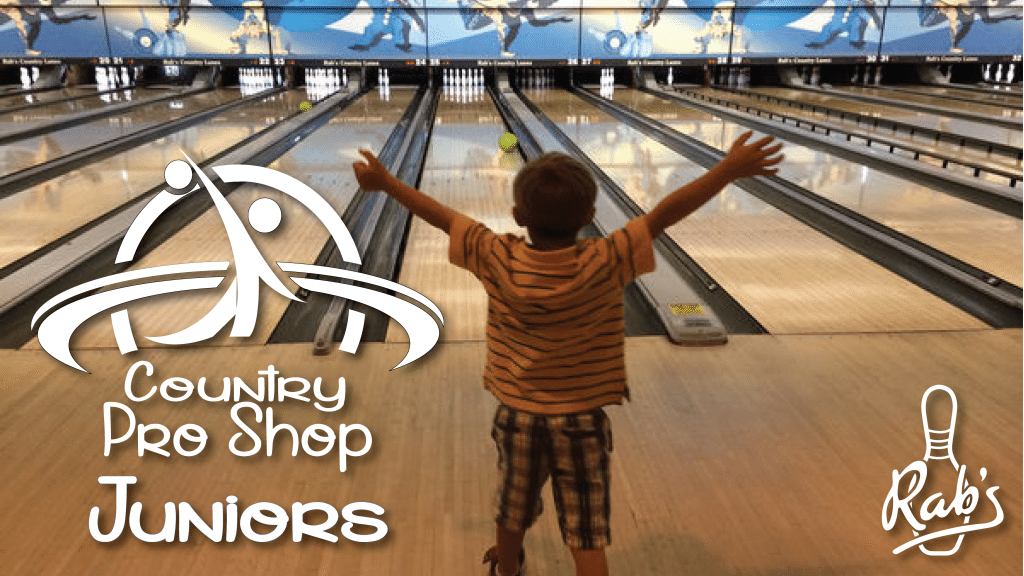 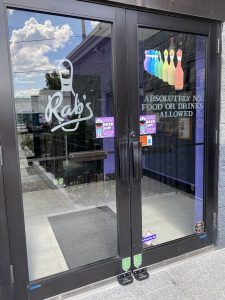 The doors at Rab’s Country Lanes remind customers to Mask Up also provide the option to open the doors without having to touch the handles.

League bowling returned to Staten Island’s two bowling centers this past week and things looked a little different thanks to the pandemic.

Plastic partitions in between pairs of alleys are in place at Showplace Entertainment Center, while all bowlers must wear face masks in both centers, among other pandemic protocols mandated by the state during these uncertain times.

At Rab’s Country Lanes, proprietor Frank Wilkinson was excited to welcome his league bowlers back after an almost six-month hiatus because of the pandemic.

How has it been going so with league bowlers returning last week?

“Our season officially started this past Tuesday (Sept. 8), so we’re still in the swing of getting the new season up and running. The start of the season is always an exciting time for us, as we get to welcome our bowlers back after not seeing them all summer long, with this season having much more significance, being off after a shortened season on top of the summer. While the season looks and feels very different in the start, it has provided our family and team some normalcy, seeing familiar faces, as well as new faces, back on the lanes with us. Bowlers are overwhelmingly happy to be back to their regular habits, seeing their friends and family while sharing the experience of bowling. The season looks very different, because we are operating at 50% and utilizing every other lane, many of our leagues are bowling in shifts so we can accommodate as many bowlers as possible. Historically, our league business uses most if not all 48 lanes at one time. On the business side, operating at 50% with no indoor dining (for now) is very challenging. We have many league bowlers who did not return, just yet, for understandable reasons.” 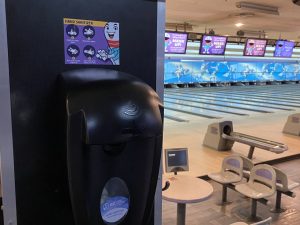 There are plenty of hand sanitizers at Rab’s Country Lanes.

Is everyone following protocol?

“For the most part, yes! Our regular customers certainly understand and appreciate that we need to follow the protocols in order to keep their favorite place to bowl open.”

Does Country Lanes have partitions in place in between lanes or pairs of lanes?

At this time we have not installed partitions between bowling lanes. We are operating to the guidelines utilizing every other, allowing for space for bowlers to physical distance between lanes. As always, our patrons come first and we want everyone to feel as comfortable and safe as possible being in our environment enjoying the sport we all love. There is 11 1/2 feet between each pair, so this allows our bowlers to utilize as much of the available space. The guidelines do not require partitions. However, the utilization of partitions potentially allows the use of additional lanes.

What about league bowling? How many bowlers are allowed on a pair of lanes?

“There is no restriction on the number of bowlers per lane/pair of lanes.” 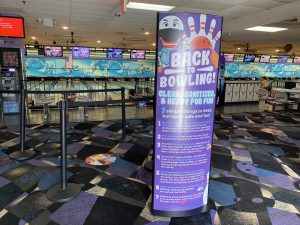 Bowling is back at Country Lanes, but this sign covers all the new protocols patrons must follow during the pandemic.

Do patrons need to wear masks or when do they have to wear them?

“Yes, just like every other facility in the state, masks/face coverings must be worn at all times.”

The Catholic Youth Organization of Staten Island has been chomping at the bit to get back to business and announced it will now be accepting registration for its nine-week fall Bowling League.

CYO and Rab’s Country Lanes, in fact, will host its weekly outing each Monday beginning Oct. 5. The start time is 4 p.m. each week.

Teams of 4-5 bowlers will be permitted to represent their school or parish.

In addition, there will be three different divisions, including Kindergarten/1-2 grades), 3-6 grades and 7-8 grades.

All student-athletes will receive a jersey and recognition.

Entry fee, which includes shoe rental and bowling-ball use, is $130 per child. 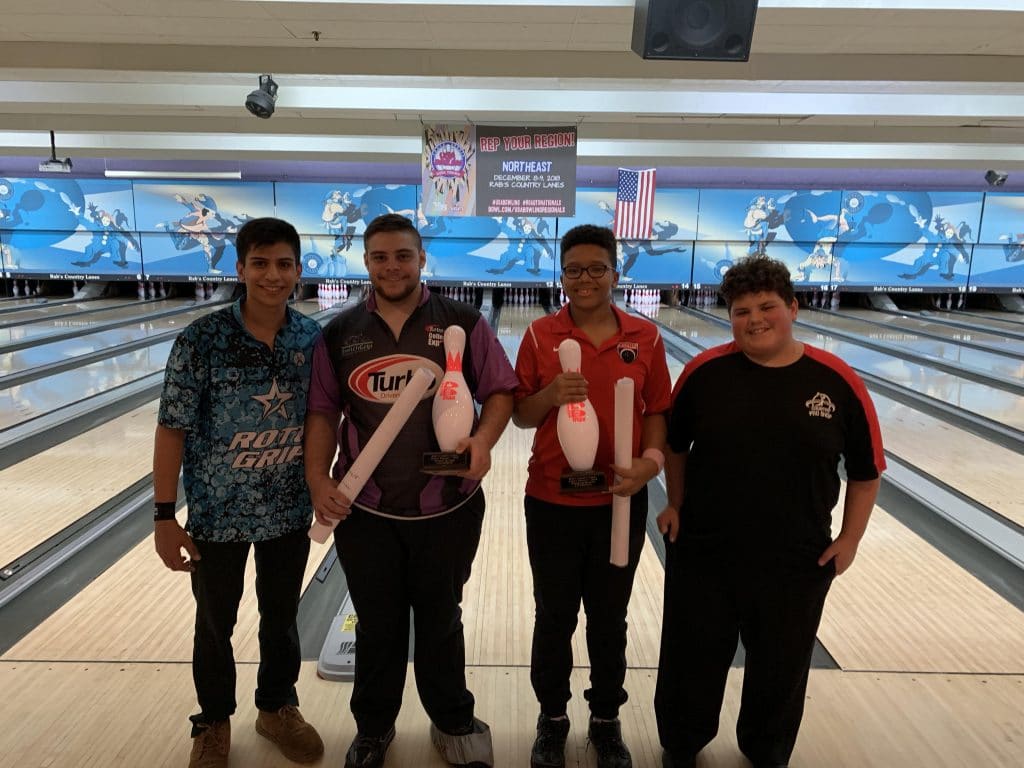