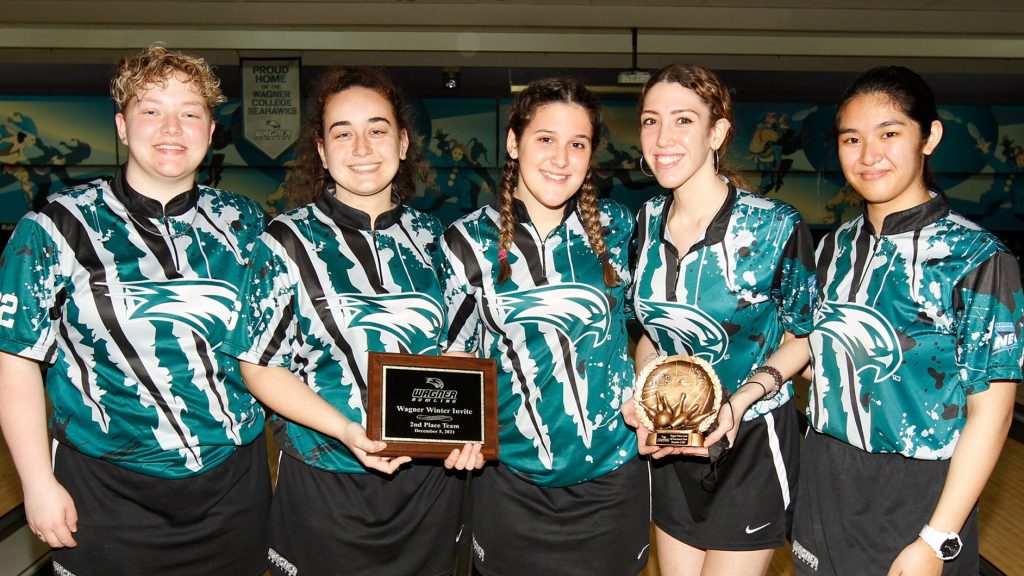 It marked the final meet of the first half of the 2021-22 season for the Seahawks, who took second overall out of the three competing schools.

The Seahawks were next with a 2-1 record while knocking down a total of 4,309 pins. St. Thomas Aquinas College wrapped up the three-team field with a total pinfall count of 3,539.

“I am so proud of our team and how we finished as a team and individually. We were only 35 pins out of first-place and I credit that to our group of student-athletes that work so well together and for one another.”

“I could not ask for better captains than Amanda (Medvetz) and Totiana (Miranda) as their leadership, so early in their athletic careers, is vital for our program.”

“America (Carhart) and Kristina (Colon) earning All-Tournament along with Lauren (Ruth Sarreal) came up in clutch moments all afternoon long.”

“We continue to grow as a team and get better with each meet we compete in. I believe it is going to be a great second half and I can’t wait.”

Up Next…
Book Your Party Now!