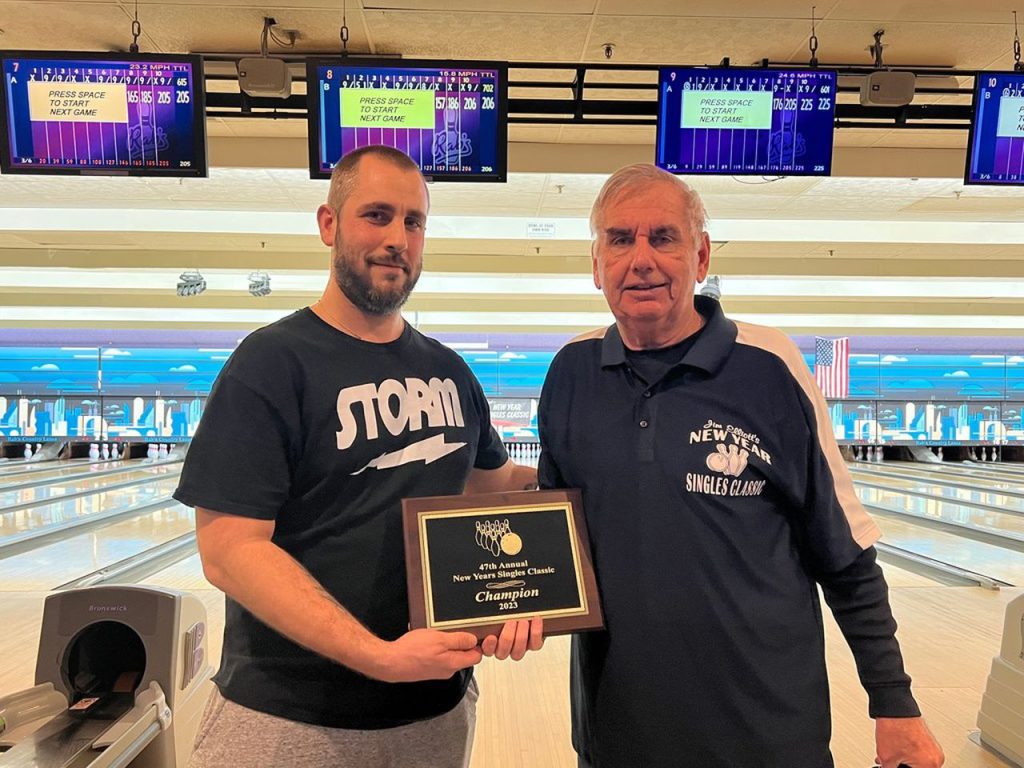 Call it a road field advantage.

The 31-year-old Roselle Park resident tossed games of 249, 259, and 269 en route to sweeping his four matches. It was the third straight trip to the championship round for Soss, the fireballing southpaw who previously defeated Sean’s brother, Tim McAuliffe Jr., in the 2020 final and finished as runner-up to Pierce Field in 2022.

There was no event in 2021 due to the pandemic.

A raucous crowd of approximately 100 onlookers peppered McAuliffe and other local keglers with “oohs” and “aahs” throughout the afternoon, hanging with bated breath on each toss. Despite the exhilarating atmosphere, Soss’ tosses typically received benign recognition and little fanfare by comparison.

Nevertheless, it only seemed to add fuel to the 31-year-old’s fire.

“When your opponents’ fans are cheering so loud, it’s tough to keep yourself concentrating,” acknowledged Soss. “You learn that from bowling…every year I come here and the whole place cheers, but when I throw a good shot it’s silence. It’s alright though, I like it.” 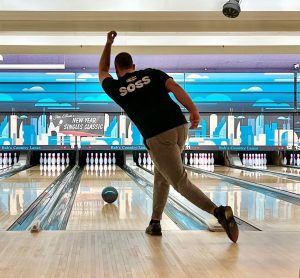 “They all grew up here and bowled here for years. I don’t bowl here, so to come out and bowl with these guys and have a chance of beating them. It’s a good feeling,” he added. “I just come out here to bowl.”

After both Soss and McAuliffe left pins standing on the finale’s first frame, the New Jerseyan began heating up. Soss spared the 2nd frame and proceeded to strike on frames 3 through 7. He struck on 9 and 10 before sparing out to end the match.

McAuliffe, meanwhile, recorded strikes on 2 through 4, sparing the 5th frame before striking on 6 and 7 and sparing the 8th frame. He struck on 9 and could have won the match if he doubled on 10, but left three pins standing on his first attempt — sealing his fate and securing Soss’ victory.

“It feels good to come back after losing in the finals last year. It feels really good,” said Soss. “It’s just about not worrying about pressure, just getting out there and throwing the best shot you can. I was trying to go win it.”

Meanwhile, Tim McAuliffe Jr. finished third after falling to Soss in the semis (268-218), while Dan Costantino came in fourth after succumbing to Sean, 206-205, in another exciting final four matchup. The three Staten Islanders are all Susan Wagner graduates, while Tim McAuliffe Jr. currently serves as the school’s head bowling coach.

Sean McAuliffe finished second on Saturday. He’s an 11-time finalist at the NYSC.

Sean McAuliffe is an 11-time finalist at the event, and multi-time final four finisher. He hopes to get over the hump next year and secure his first NYSC crown.

“I had a chance. I had to double to win,” said McAuliffe, a previous Donnie Walters and multi-time USBC champion. “It’s a letdown. This is the one major Staten Island tournament I don’t have yet. This is my elusive tournament.”

“I knew I had a chance. Unfortunately, I left a seven-count (on the 10th frame),” he added. “It’s hard to beat Steve. He’s good…Once he gets going, it’s hard to stop him.”

Tournament director Jim Elliott and all of the competitors heaped praise on the Wilkinson family and Rab’s for the professional atmosphere on the lanes.

“It was very exciting. People like to see this, it’s like a professional bowling tournament here,” concluded Elliott. “We had some excellent bowling today. You can’t ask for too much more than that. Good matches, close matches.”